'I'm Going to Make a Change.' Police Departments Struggle to Recruit Black Cops, So This HBCU Came U

When Tyrese Davis got accepted into Lincoln University’s police academy, the first of its kind at a historically Black college or university, his instinct was to keep it a secret.

Davis, 22, prides himself on being the first man in his family to go to college, so the acceptance on Jan. 6 was monumental. It meant he was one step closer to building a future for himself amid the economic tumult of the pandemic. But it came after months of civil unrest following the death of George Floyd in policy custody, and on the very day insurrectionists stormed the U.S. Capitol, where police would turn out to have been on both sides of the law.

As a Black man from Baltimore, where anger over Freddie Gray’s 2015 death while under arrest remains raw, Davis worried about backlash from his community. “I didn’t want to let it be known that I was joining a law-enforcement academy,” he says. “I didn’t want to be frowned upon.”

So on Jan. 19, when the academy opened in Jefferson City, Mo., where Davis lives on campus, he didn’t share the news with his hometown friends, even though he was making history as part of the first police class at an HBCU. But more than a week later, when he learned that authorities in Rochester, N.Y., had handcuffed and pepper-sprayed a 9-year-old Black girl—the latest in a string of high-profile use-of-force incidents—Davis got fed up with hiding his dreams from friends and began posting photos of himself on Facebook wearing body armor and training at the gun range.

“It’s my career, not their career,” he says. “I want them to realize that I’m going to make a change. That’s what we need right now.”

Research suggests he’s right. Throughout history, police forces in the U.S. have been predominantly white and male. In 2016, the most recent year for which data is available, about 72% of local police officers were white and nearly 88% were male, according to the Bureau of Justice Statistics (BJS). About 64% were both white and male, and about 11% were Black—a profile largely unchanged since 1997. A new study published in February in the journal Science found that Hispanic and Black officers use force less frequently than white officers, especially against Black people, evidence that diversity can improve police treatment of communities of color.

But nearly a year into the uprising against police brutality and systemic racism, it’s harder than ever for police departments to recruit and retain officers, particularly those of color. Nationwide, fewer people are applying for the job, and more experienced cops are retiring or quitting in droves, threatening public safety as major cities witness crime spikes. 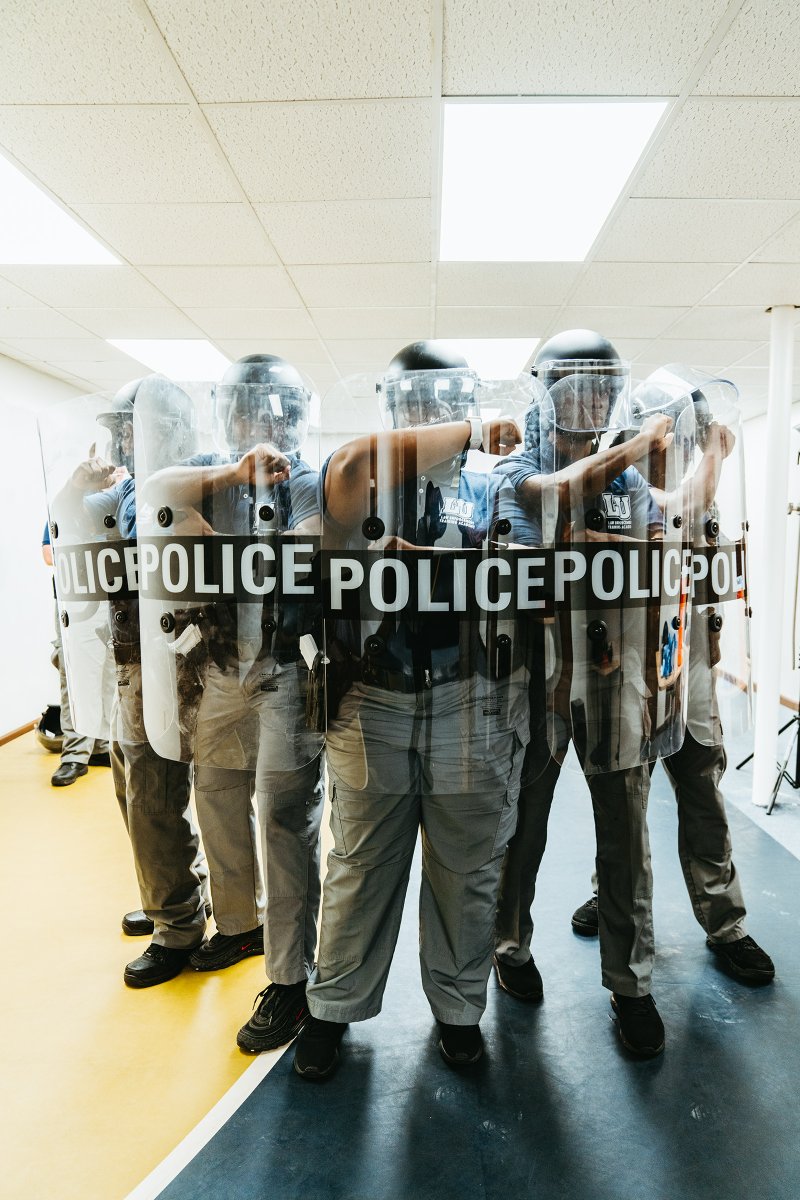 Students in tactical training at the Lincoln University Police Academy in Jefferson City, Mo., on March 12

Harris’ department, which serves some 86,000 people, saw a 75% drop in applications from July to December 2020 and had six officers retire or walk off the 50-member force last year. Of the 37 applicants that year, only one was Black, according to the chief. “If we can’t keep up, it’ll be a burden and a significant problem,” says Harris, who worries he’ll have to reassign community outreach officers to fill patrol shifts.

In Aurora, Colo., where 23-year-old Elijah McClain died after police held the unarmed Black man in a chokehold, at least 87 people resigned, retired or were fired from the police department in 2020, compared with 54 the year before, according to the agency. Twenty more employees left the force in the first 40 days of 2021 alone—nearing the number of exits for all of 2015—just as the city is experiencing a significant increase in major violent crimes, including assaults and robberies.

“There’s no pretty picture down the road,” says Los Angeles County sheriff Alex Villanueva. The sheriff says homicides and assaults are “going through the roof” but that his agency is “probably the most understaffed” in the nation, with less than one deputy for every 1,000 residents. “It’s pretty grim,” Villanueva says.

From 2013 to 2016, the number of full-time sworn officers in the U.S. dropped from roughly 725,000 to 701,000, according to the BJS. About 63% of police leaders surveyed by the Police Executive Research Forum (PERF) in 2019 reported a decrease in the number of people applying for police officer positions over the past five years. In that time frame, 41% said their officer shortage has worsened. Job applications have plummeted about 50% in Seattle and 70% in Jefferson County, Colo., the PERF survey found.

All that was before Floyd’s death put police at the center of the largest sustained social-justice mobilization in modern U.S. history. The sense of crisis was compounded by the Capitol breach. At least 39 members of U.S. law-enforcement agencies from 17 states were found to have attended the rally, according to the news and analysis site The Appeal. One of them was reportedly a top recruiter for the Kentucky state police. Among the Capitol Police, at least six officers have been suspended with pay, and 29 others are being investigated for their actions, officials said.

No. 1 Georgia, No. 11 Kentucky in matchup of SEC unbeatens

For the third consecutive year, Tuskegee University has earned recognition as one of Forbes magazine’s “America’s Top Colleges.”

When Tyrese Davis got accepted into Lincoln University’s police academy, the first of its kind at a historically Black college or university, his instinct was to keep it a secret.

Reggie Theus on taking the Bethune-Cookman job: ‘How can you pass that up?’

Spelman College named among the nation’s colleges and universities that produced the most 2016-2017 Fulbright students in the nation.

Spelman College was named among the nation’s colleges and universities that produced the most 2016-2017 Fulbright U.S. students. The Fulbright

Dr. Vera Triplett joins the HBCU Lifestyle Podcast to discuss how students and parents deal with the transition to college.

It’s that time of year — back to school! For incoming college freshmen, however, this is a completely new chapter.